Wow. In a few hours, I'll be in on an airplane bound for the sunny island of Singapore. Time really flies. I'll miss my palmies and planetUni; but at least we'll still see each other again.

I mean despite that I don't spend as much time back at Palmerston as some of the other guys, it sucks that we won't have this 'community living environment' where we wake up in the morning and can juz walk upstairs, downstairs, or next door to grab someone to go for breakfast with us.

I love you guys; this year has been awesome and you guys were a part of it. 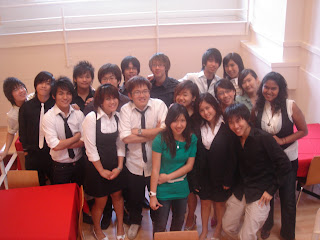 But I know that there's more exciting things ahead for each of us; God's honour. One night during my quiet time, he said, 'Wait, and expect something amazing for the new year'


For Those Who Wait On The Lord
Will Renew Their Strength
They Will Soar On Wings Like Eagles
They Will Run And Not Feel Weary
They Will Walk And Not Feel Faint
-Isaiah 40:31


The first half of this week was spent nerdying Physics. Oh gosh, I am seriously thankful to God that it's all over and that the paper was pretty all right. All in His hands now. =)

After physics, the palmies went out for a big yum-cha-style lunch at Taste of Asia - There was SO MUCH food! Haha But at least the food was pretty good. There, we had the Angel-Mortal revealing, which was pretty funny. When I revealed that I was Stacey's angel, the look on her face was PRICELESS. xD Especially since I had chatted to her a week before and actually asked her who she thought her angel was, and she even asked me if I had helped her 'angel' write the first letter. Heeeeee.

Friday was quite a happening day. I went to Journal Cafe on Little Flinders with Sarah and Jon Tan for breakfast and had my chai and egg tart xD. I'm gonna miss Sarah so much man! Love you, girl.

Then had lunch with Scott. FINALLY. Omg, I'm still wondering why I wait till the end of year to catch up with my first UrbanLife leader. The poor guy is still busy with work though; only God knows how he gets those extensions on his deadlines x). Anyway, catch up was cool - He took me to this italian place on Bourke where we had pasta. Pumpkin Tortellini. YUM. Hehehe.

In the evening, caught up with Henry, my dear annoying-0lder-brother-I-so-do-not-need (No, we are not related genetically; get that right!) We went out to get our last dosage of the over-rated, over-priced Freddo's gelato. Sugar cravings, plus it was super HOT that day. It's amazing how the entire year, most of our conversations were these little fun childish bickers and attempts at suaning each other. Yet when we go civilised and just talk, we have so much to share. Dude, you're going to go a long way, remember that. =D

So to end off my last post in Melbourne for the year, check out the awesome teachers of Melbourne Music Academy where I have been taking dance ^.^ : 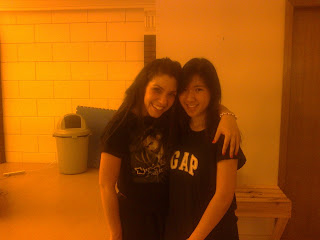 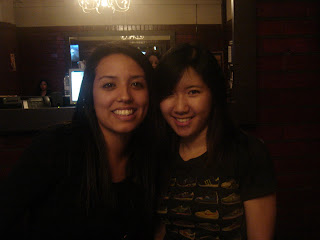 Tabetha. Well she's not one of the teachers, she's the manager of MMA and literally runs everything. Plus she's super adorable and very lovable. Haha. She always perks people up when she greets them as they walk in. And, she can sing well. Like really well. 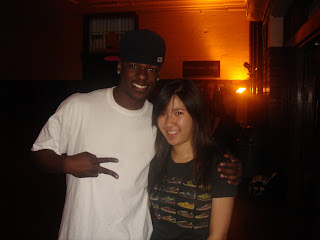 Tim, a.k.a Timomatic. You should see this guy's lives - He's crazy awesome. I saw his performance at the MMA showcase. Man, he went all out and he was super professional too. I usually go for his friday class every other week. He's loads of fun and laughter. Choreography style is very smooth hip hop, like Chris Brown and 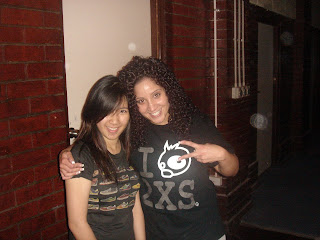 This is Naomi; I LOVE her choreography. She can go from Smooth to Hard-hitting hop hop, and tends to use very pop or R&B kinds of hop hop that have very clear and steady beats in the background as her music. She's really awesome! I'm going to miss her so much man. Forgive me, Naomi, that I messed up the last bit of 'Grown Apart' xD

Well the next time I blog will be in Singapore.

I pray Lord for protection over my safety and my flight back. I pray Lord for even more this summer break in Singapore; to not take this year for granted, but to chase for a double portion of what happened this year. Lord, you have great plans for me, and I will walk and be guided by you and you only.